Noida is one of the fastest developing cities of the state of Uttar Pradesh. It is also an integral part of the national capital region. Over the past two decades the city has seen a tremendous growth in real estate and infrastructure. Thus, a large number of people are now heading to Noida for work and leisure.

Another factor that proves to be an added advantage for Noida is its close proximity to the national capital and great connectivity through road and metro. The transport service in Noida has various options, especially the public transport. 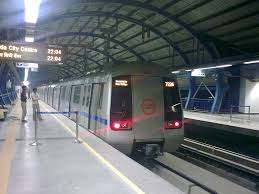 Delhi Metro reaching the NCR region has been a boon for commuters. There was a time when people would have problems finding a mode of transport to go to Noida. But times have changed. Today commuters from any part of Delhi can easily reach Noida, thanks to Delhi Metro.

The Blue Line of Delhi Metro directly connects Dwarka to Noida and diverges towards Vaishali from Yamuna Bank station. The line has a total of 44 stations and the branch line consists of 8 stations. After being inaugurated by the prime minister, the services were opened for general public in December 2005.
The current stations in Noida are –
Recently, two new extension of Noida Metro has been approved up to 'Sector 62, Noida' from 'Noida City Center' and up to Jasola in New Delhi from 'Botanical Garden, Noida'.

The nearest airport to Noida is the Indira Gandhi International Airport in New Delhi at a distance of about 23 km.  One can easily reach the airport from Noida via metro, taxi or private transport. Travelling by metro is an easy and cost effective option. The total fare from Noida Sector 18 to IGI Airport is 38/-

Taxi, auto and bus are the main modes of public transport in Noida. The rates primarily depend upon the distance. But the other contributing factors include – night charges, waiting charges, type of car taken, A/C etc. The total travel fee includes rental charges plus driver’s allowance.

The rates of auto are usually fixed. 25/- for the initial kilometer and then as per the distance.
In Noida one can also hire an auto on sharing basis. This is commonly seen on metro stations wherein each auto carries 4 persons. Similarly for short distance travelling commuters can eaily get a rickshaw or e-rickshaw.