New Okhla Industrial Development Authority, popularly known as Noida is a city in the north Indian state of Uttar Pradesh. It came into existence on April 17, 1976. From then to now, Noida has seen tremendous developmental changes. Today it is a well-planned and integrated city. It is known for its modern infrastructure, wide roads and contemporary lifestyle. Due to its close proximity to the national capital, New Delhi is has become a preferred choice for both commercial and residential purposes. Noida is certainly an indispensable part of NCR and is spread over an expansive 20,316 hectares.

Noida is located in the Gautam Budh Nagar district of the state of Uttar Pradesh. It is a part of the national capital region and is just 14 km from the heart of Delhi, Connaught Place. The administrative headquarters are located in Greater Noida about 20 km from the city. It is connected to Maharani Bagh in Delhi via the 550 meters long, eight lane DND Toll which is built over Yamuna river. 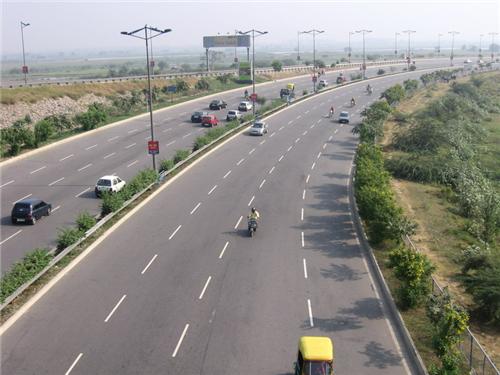 Noida is bound by NH-24 by-pass in the north, Hindon river in the east and Yamuna in the west. In the south, the city is bound by the meeting point of the two rivers, Yamuna and Hindon.

Before the partition, Noida had a large Muslim population especially in the villages. But now after six decades of freedom there is a wide variety of people living in Noida. The rural villages of Noida have a mixed population belonging to various castes like Rajputs, Yadavs, Gujjars and Brahmins.
Given below is the list of villages in Noida city.

The climate of Noida is typically hot and dry. It is characteristic north Indian climate. Summers are hot and dry with temperatures ranging from maximum 48 degrees Celcius to minimum 28 degrees Celcius. Monsoons are usually witnessed in the months between June and September.

Winters are excessively cold because of the cold waves from the Himalayan region. During peak winters the temperature falls to a minimum of 3 to 4 degrees Celcius. The month of January is usually characterized by fog and smog, which prove to be a major hassle.

According to the 2011 population census the population of Noida was 642,381 out of which 352,577 were males and 289,804 were females. The literacy rate was 88.58%. People of all major religions namely Hinduism, Christianity, Islam and Sikhism reside in Noida.