Think motor racing in India and the first name that strikes our mind is Buddh International Circuit, Greater Noida. Taking the motor racing experience to an all new high is this swanky circuit. 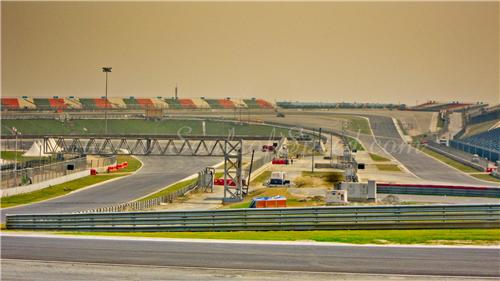 The circuit is renowned as the venue of the Formula One Indian Grand Prix. The event was first hosted by our country in October 2011. It is a 5.14 km long circuit that has set benchmarks of quality. The Buddh International Circuit has been designed under the able guidance and supervision of world famous German racetrack designer Hermann Tilke. Reckoned for his experience and expertise, Hermann has also designed racetracks in China, Malaysia, UAE, Bahrain, US and South Korea. 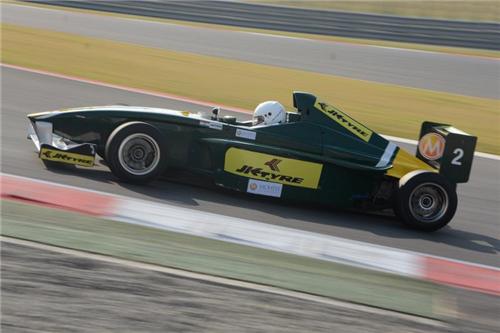 After the announcement of inclusion of the Indian Grand Prix from Formula One’s governing body FIA the construction of Buddh International Circuit began in full force. Spread over a sprawling 874 acres, this 5.14 km circuit has taken motor racing in India to scaling heights. The estimated cost to build the circuit was about $400 million. Although the initial seating was expected to be 1, 10, 000 which can be later increased to 2, 00, 000.

The circuit is a part of the state of the art 25, 000 acres Jaypee Greens Sports City. The sports city is believed to be a new high for the real estate industry. The much awaited project by Jaypee is said to have a cricket stadium, 18- hole golf course, sports academy and a hockey stadium. 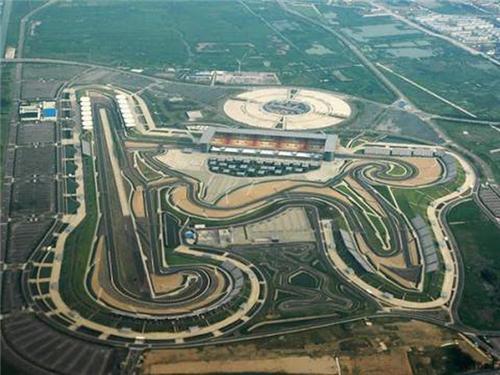 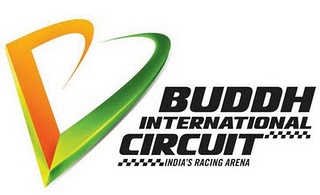 Talking about the logo – the stylized B which also resembles a heart stands for Buddh. It also symbolizes Bharat. The colors – orange, white and green represent the Indian flag, while the curves depict the racetrack.

PIT Lane and Garages
PIT lanes and garages are an ideal location to take a stroll to witness live action or for media briefings. The pit lane has been a host to some of the greatest tyre changing events. They are also ideal for –
No. of garages – 41
No. of people each garage can accommodate – 51

Team Buildings
Just behind the Pit garages are the team buildings. They provide the perfect infrastructure to be set up as the temporary work place during events. Be it a board room or brainstorming session, the team buildings are great for all of these and beyond. With luxurious lounges, kitchens and a terrace offering breathtaking view of the circuit, you would fall in love with the team buildings.

Paddock Club
Paddock Club is spread over 4 levels with two giant screens. It is a fully air conditioned glass enclosure with spacious halls that open out to balconies. It offers a magnificent view of the racetrack. It also overlooks the start/finish line and the spectacular main Grandstand. The paddock club is also ideal for –
No. of halls – 12
Seating capacity – up to 6500

Media Center
The media center at the Buddh International Circuit offers the best of the best services. Three big video walls, hi-speed internet connectivity, state of the art infrastructure, press conference room – the media center is just next to perfection. It is ideal for –
Grandstand
The main grandstand and the other stands with large seating capacity offer a spectacular view of the racetrack. It is ideal for –
Platinum Enclosures
Platinum enclosures take hospitality to escalating heights. Pamper yourself or your guests with the special VIP service at the Platinum Enclosures. These enclosures are located between the lower and the upper tiers of the main Grandstand. They are ideal for –
No. of enclosures – 55

Grand Plaza and Open Areas
The perfect location for a trade show or an exhibition, the grand plaza at the Buddh International Circuit is spread over wide open areas. It’s well maintained infrastructure would give your event the much needed boost. It is ideal for –
Grand Plaza Area – 1, 30, 000 sq. km
Total Open Area – 4, 00, 000 sq. km

Ever since its inauguration for hosting the Indian Grand Prix, the Buddh International Circuit has been a name to reckon with. It has set up quality benchmarks that adhere to international standards. And to recognize this effort the circuit has been awarded with the following –

The Buddh International Circuit is easily accessible. Located along the Yamuna expressway one can reach the expressway easily from Delhi and NCR. In addition to this, the circuit also has a tie up with WheelzIndia taxi service.

Explore more about Sports in Noida